Ph.D.- Is it a Useless Degree in Pursuing a Career? 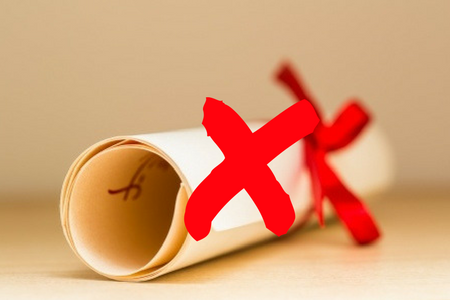 Over the last few years, I have worked or spoke with numerous people who earned their Ph.D. degrees and have found themselves at a crossroads. Their degrees have proved useless in progressing their careers.

One of my clients pointed me to the article published in the Economist –Doctoral degrees – The disposable academic.

There were several common themes in the stories they told me:

The key theme is the last one, they followed the default path. I claim this is somewhat due to the great recession. When many completed a degree, there were no jobs, so they continued to study and take more loans to delay having to get a job. That is until they finished their Ph.D. and there was either no post-doctorate work or the pay was so low that they could not live and pay their student loans.

The author of Doctoral degrees – The disposable academic wrote:

Many students say they are pursuing their subject out of love, and that education is an end in itself. Some give little thought to where the qualification might lead. In one study of British Ph.D. graduates, about a third admitted that they were doing their doctorate partly to go on being a student, or put off job hunting. Nearly half of engineering students admitted to this.

Dreams of Becoming a Professor

As they pursued their education many had dreams of becoming a professor. Major universities for years have been moving away from tenured professorships to using adjunct or part-time faculty. Plus, many of those tenured professors, who would have retired when they turned 65, are not retiring.

No one discussed with them that the chance of getting a professorship was slim to none and they never thought to ask.

This is best illustrated in the article The Ever-Shrinking Role of Tenured College Professors (in 1 Chart) from the website The Atlantic. Check out the chart below. 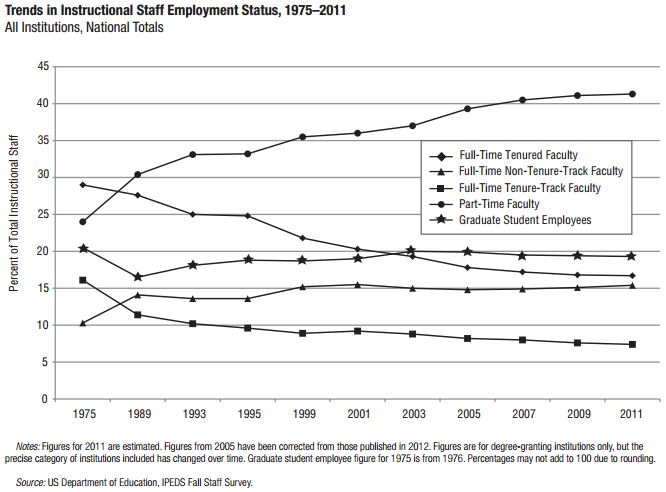 Taylor Pearson, author of The End of Jobs: Money, Meaning, and Freedom Without the 9-to-5 stated in my podcast:

We’ve stopped thinking of higher education as an investment, and started thinking of it as a must-have. But, for two decades, the salary value of the degree has been going down across every industry, while the cost of it has been going up. The lines have crossed for a lot of professions, such as JDs and MBAs.

Higher education and particularly the Ph.D. degree in many disciplines are no longer economically viable. I claim that most advanced degrees are rapidly becoming dinosaurs because of the rapid change in our society and economies.

All of the people I have encountered, that inspired me to write this post, are in their mid-30s to mid-40s and are lost on what to do next.

For some of them, their education is a lost cause. They must pursue other avenues for a career. For others, it is going back to what they studied in their undergraduate studies or masters program.

Studying for the sake of studying feels good at the time but there are economic realities.

Is this you? Do you know someone like the people I described?